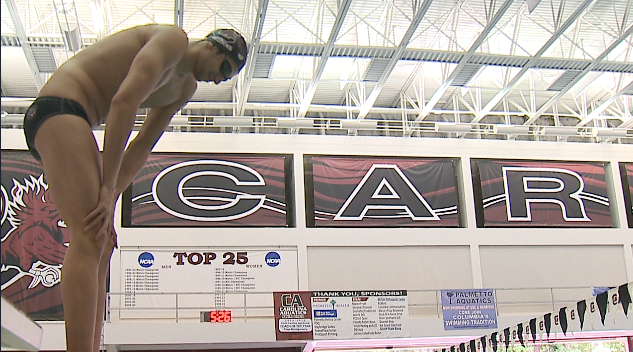 COLUMBIA, S.C. (USC SID) — Four members of the South Carolina Swimming and Diving program are set to compete at the 2015 FINA World Championships in Kazan, Russia. The diving portion of event runs July 24 through August 2 with swimming slated for August 2-9. Rising sophomore Julia Vincent will represent for her native country of South Africa, diving individually on the 1-meter and 3-meter springboard and taking part in the 3-meter synchronized competition with her partner Nicole Gillis. Vincent currently holds the South African national title all three events. Tomas Peribonio will compete for Ecuador for the second time this summer, as he is coming off a record-setting performance at the Pan Am Games. The rising sophomore will race in the 200 and 400-meter freestyle, both events in which he owns the Ecuadorian national records. The duo of Marwan El Kamash and Akram Mahmoud, a rising senior and sophomore, respectively, will represent their native country of Egypt. El Kamash will race in the 200 and 400-meter freestyle, both events in which he owns the Egyptian national record. Mahmoud holds the record in the 1500-meter freestyle; he will compete in that event along with the 400 and 800-meter freestyle. Both El Kamash and Mahmoud recorded A cuts earlier this summer at the Arena Pro Swim Series in Charlotte, N.C. and are qualified to swim at the 2016 Olympic Games in Rio De Janeiro, Brazil.