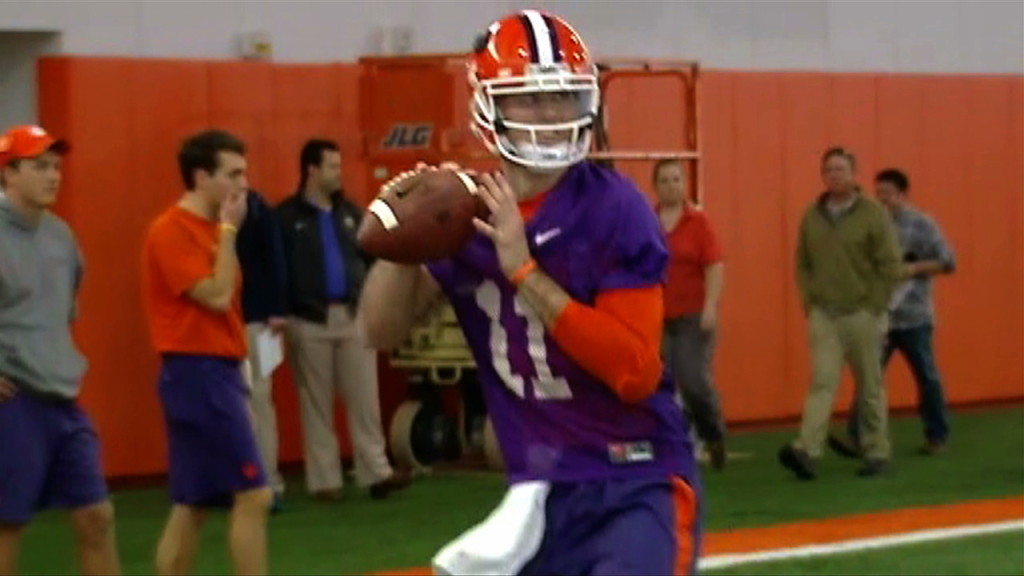 OXFORD, Miss. (AP) — Mississippi’s Hugh Freeze says junior transfer Chad Kelly will be the team’s starting quarterback against Tennessee Martin on Saturday, though the coach insisted Kelly’s place atop the depth chart is not ”set in stone.” Freeze said Monday that Kelly – the nephew of NFL Hall of Famer and former Buffalo Bills quarterback Jim Kelly and former Clemson quarterback – will take the first snaps with the starters this week during practice. As long as he performs well, he’ll take the first snaps against the Skyhawks as well. Kelly has been locked in a tight quarterback race with sophomores Ryan Buchanan and DeVante Kincade throughout fall camp. Freeze said he still expects all three quarterbacks to play against the Skyhawks. No. 17 Ole Miss is coming off a 9-4 season.