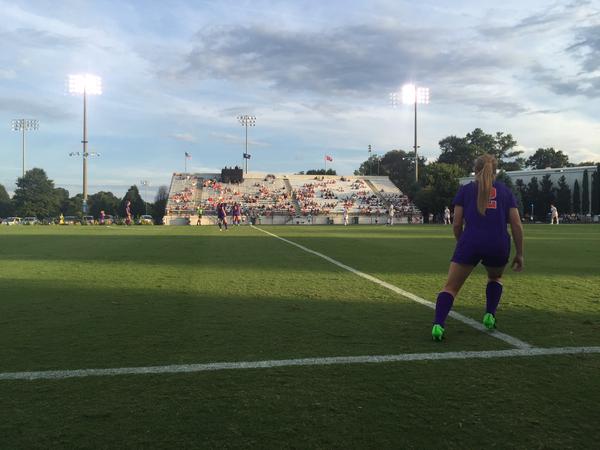 CLEMSON, S.C. (CU SID) — The NCAA released its first Rating Percentage Index (RPI) of the 2015 season on Monday afternoon and the Clemson women‘s soccer team led the way with a first place ranking. The number one ranking is the highest under head coach Eddie Radwanski and his staff, and the highest in program history. Clemson was ranked No. 170 in December of 2010 when Radwanski arrived on campus. The Tigers are coming off of a 1-0 double-overtime victory over fifth-ranked Notre Dame on Saturday, Sept. 19, and earlier this season, on Aug. 28, upset then-ninth-ranked South Carolina 2-1. Clemson is one of four ACC schools ranked in the top ten in RPI, as Notre Dame is sixth, Florida State is seventh and North Carolina is 10th nationally. Clemson takes to the road this weekend for games against Florida State and Miami before returning home Friday, Oct. 2 for a match against Wake Forest, when the program will celebrate the 100th anniversary of Historic Riggs Field.