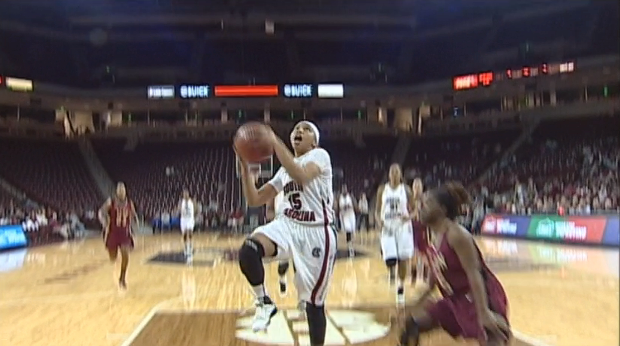 COLUMBIA, S.C. (USC SID) — South Carolina women‘s basketball junior guard Tiffany Davis suffered a torn ACL in her left knee on Friday and is expected to miss the 2015-16 season due to the injury. Davis is consulting with South Carolina Athletics Medical Director Dr. Jeffrey Guy to schedule a surgery date. Davis played in 16 games last season in helping the Gamecocks to the program‘s first NCAA Final Four. Part of the 2011 signing class, she has a career scoring average of 2.2 points and averaged 9.4 minutes over her 51 career games as a point guard option off the bench. Davis missed all but the first three games of her true freshman year (2012-13) with an ACL injury to her right knee.