CAMDEN, S.C. (AP/WOLO) – A 17-year-old who likely saved four lives donating his organs after his death in a car crash will be the South Carolinian honored on a Rose Parade float on New Year’s Day. 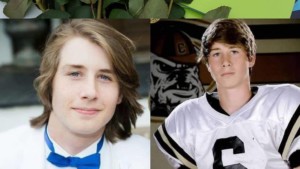 Drew David, 17, who donated his organs after his death, will be honored in the Rose Parade on New Year’s Day. @SharingHopeSC (Facebook page)

Sharing Hope SC says it is creating a portrait made with flowers to honor Drew David, who died in a 2015 crash.

A ceremony will be held Tuesday at Camden High School to allow David’s friends and family to put the final flowers into the portrait. David played football and baseball at the high school.

David checked the box to be an organ donor when he got his license at age 16 and his parents honored his request. Officials say four different people received his organs and he restored the sight of another person.

A look at the Nation's unemployment rate