Would-be Islamic State fighter to be sentenced after plea 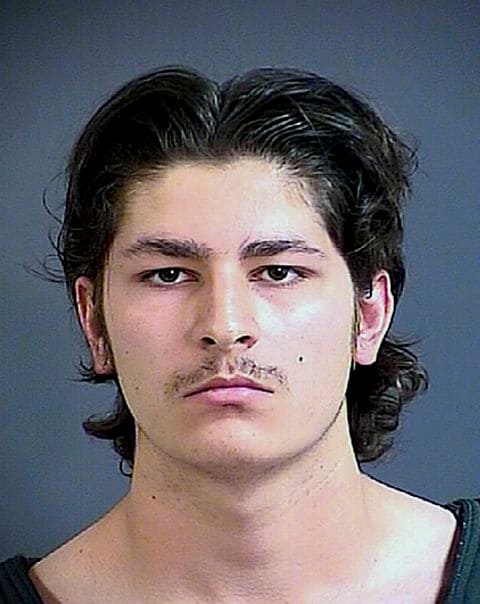 In this undated photo released by the Charleston County (S.C.) Sheriff’s Office, Zakaryia Abdin poses for a booking photo, in S.C. Abdin, faces the possibility of decades in federal prison when he’s sentenced later this month for trying to fight for the Islamic State group. Abdin, 20, pleaded guilty in August to attempting to provide material support to a terrorist organization. (Charleston County Sheriff’s Office via AP) (Associated Press)

COLUMBIA, S.C. (AP) — A South Carolina man who pleaded guilty to trying to fight for the Islamic State group faces the possibility of decades in federal prison when he’s sentenced later this month.

He faces a possible 20-year prison sentence, as well as a fine of $250,000 and the possibility of being on supervised release for the rest of his life.

Abdin, 20, pleaded guilty in August to attempting to provide material support to a terrorist organization.

Arrested at Charleston’s airport in 2017 as he tried to board a plane for Jordan, authorities have said that Abdin told an FBI agent posing as an Islamic State recruiter that he wanted to torture an American and would attack a U.S. site if he couldn’t get out of the country.

Abdin has been under government monitoring for years. At age 16, authorities have said, he talked about robbing a gun store to get weapons to kill soldiers.

He was arrested before any robbery took place and pleaded guilty, and a parole board agreed to his early release after about a year in jail.

Before his most recent arrest, Abdin knew that authorities were still watching him but apparently didn’t realize that the “recruiter” with whom he communicated online was a federal agent, according to authorities.

According to an FBI statement released after Abdin’s 2017 indictment, he told the agent that, if he did get to torture an American hostage, he wanted his face shown on video, saying, “I want to be the one to send the message because they know who I am.”

Abdin also sent a video of himself pledging his allegiance to the Islamic State in Arabic and told them he could do whatever was needed, according to a sworn statement.

The FBI said he also practiced shooting several different guns during the first three months of 2017.

Knowing agents would learn of his purchase and travel plans, Abdin tried to hide his tracks by contacting authorities to tell them he bought guns for hunting and would be traveling to the Middle East on a vacation, according to the FBI.

He also asked authorities for a meeting, where he told them he no longer held the extreme beliefs that led to his first arrest.