Man accused of repeatedly punching woman in the face is arrested 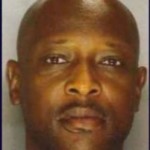 Columbia, SC (WOLO) — Columbia police say a man suspected of several crimes, including attempted criminal sexual conduct and assault and battery has been arrested by police in Georgia.

According to CPD, 49 year old Joe Nathan Fripp has been wanted in connection with an incident that took place more than 2 months ago along Elmwood Avenue here in Columbia. Authorities say, Fripp is believed to have been in the 1000 block of Elmwood  Avenue on the night of November 3, 2018, when a security officer working nearby reportedly heard a woman screaming. Officials say when the security officer attempted to intervene, the suspect ran from the scene.

Officials say the security guard witnessed the 62 year old female victim being punched repeatedly in the face by the suspect and received extensive injuries as a result of the assault.

Police have not given details on how Fripp was located, but say he was detained by the Dekalb County Police Department in Georgia and is currently awaiting extradition back to South Carolina. Once Fripp returns to South Carolina he will face charges of attempted criminal sexual conduct, assault and battery, kidnapping and possession of a weapon during the commission of a violent crime.

Pet of the Week: Kelly