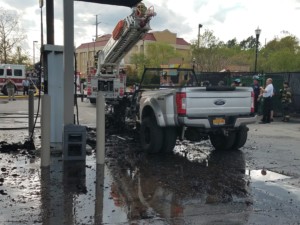 Crews respond to a vehicle fire on Blythewood Road

Crews respond to a vehicle fire on Blythewood Road

According to officials, no one was hurt. We’re told the heat from the fire was so intense it caused the front tires of the truck to explode.

Authorities say the roof of the gas station and the pump were both damaged by the flames.

The Largest Hailstone in US History