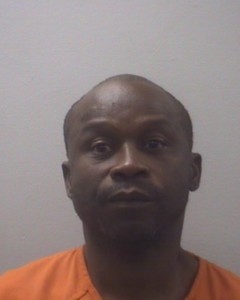 Lexington, SC (WOLO) — The Eleventh Circuit Solicitor announced the sentence for a Gilbert man they say plead guilty to kidnapping and assault with intent to commit criminal sexual conduct against a 21 year old woman in Lexington County.

The Eleventh Circuit Solicitor’s office alleges 47 year old Christoper Jody Jennings of Gilbert is a sex offender who they say admitted to the crime that took place in November of 2016 when the victim went to pick-up food from Batesburg-Leesville Barbecue restaurant.

Authorities say the victim left the restaurant and returned to her SUV where officials say surveillance cameras captured Jennings approach her SUV, and forced her to move from the driver’s seat to the passenger seat before taking off with her inside the vehicle. During the kidnapping, authorities say Jennings threatened the victim’s life alleging he had a gun and claiming her had killed before. Prosecutors say he drove her around eventually crossing county lines for several hours and attempted to sexually assault her multiple times. Officials say the victim was able to fight him off and able to convince him to stop.

Authorities located the victim’s car in a Bi-Lo parking lot, where they say Jennings ran from the car, but was taken into custody a short time later. Jennings was charged and later plead guilty to charges of Kidnapping, Assault with the Intent to Commit Criminal Sexual Conduct, and Carjacking. Solicitor’s with the Eleventh Circuit court say all are ” no parole” offenses. Jennings has been sentenced to 25 years for the Kidnapping and Assault with Intent to Commit Criminal Sexual Conduct and another 20 years for the Carjacking that are to be served concurrently.