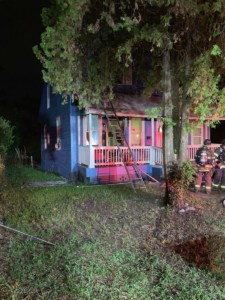 According to investigators, the fire was caused by a discarded cigarette and started on the porch.

Firefighters say no injuries have been reported as the fire was quickly contained.