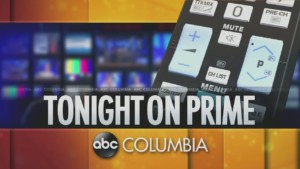 It’s a night of comedies and thriller starting with “The Conners” at 8PM. Followed by “Mixed-ish” and “Black-ish”.

Sit on the edge of your seat for a new episode of  “Emergence” at 10. Followed by all of your news, weather and sports on ABC Columbia News at 11.