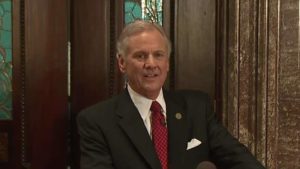 COLUMBIA, S.C. (WOLO) – Governor Henry McMaster will sign a bill that will give physician assistants more authority in their jobs.

The bill will give assistants many perks like allowing them to prescribe up to five days of Schedule II drugs, instead of three previously.

The Post & Courier reports that under the new law, assistants will also not have to be located a certain distance from their supervisors.

The legislation also doubles the number of assistants physicians are allowed to have.

However, the new law won’t allow assistants to practice independently, which requires a licensed physician to supervise them.

Lawmakers voted to pass the act earlier this year.