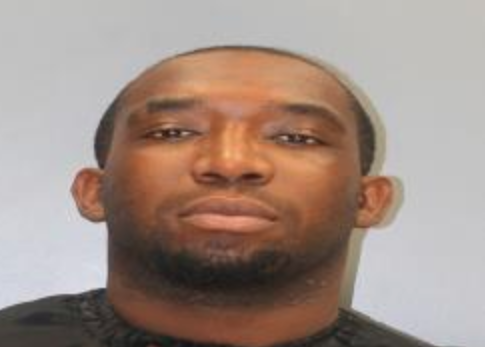 RICHLAND COUNTY, S.C. (WOLO) – A 26-year-old man is facing a list of charges after law enforcement officials say he robbed several stores at gunpoint over the course of several days.

He was taken into custody by Richland County’s Fugitive Task Force and U.S. Marshals on October 8, on Chestnut Street.

According to law enforcement Bolden is committed the following robberies:

Sept. 30 at 1901 Faraway at East Boundary, two men came into the store with handguns and tried to rob it but the clerk grabbed the store’s gun and pointed it at the suspects who then ran away without taking anything and dropping a mask.

Oct. 1 at 3908 West Beltline, a man armed with a handgun entered the store, pointed the gun at the clerk, robbed him of his wallet, and then took the money from the register and cigarettes.

Oct. 6 at 301 Percival Road, a man armed with a handgun entered the store, pointed the handgun at the clerk, stole his wallet and cell phone, and took the money from the register and cigarettes.

Oct. 8 at 1330 Broad River Road (Quick Stop), a man armed with a handgun entered the store and pointed it at the clerk, then stole money from the register and cigarettes.

Bolden was booked into the Alvin S. Glenn Detention Center and will face additional charges from CPD.