Sumter man gets 35 years for killing man he buried twice 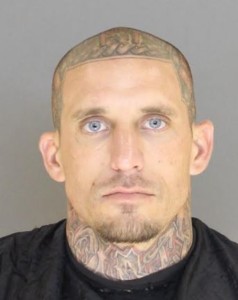 Sumter, S.C. (AP)–A man who killed an accomplice in a South Carolina robbery and buried his body twice as he tried to keep anyone from finding it has been sentenced to 35 years in prison.

Stephen Stinnette’s sentence also includes time for orchestrating a July fire and riot at the Sumter County jail that he used as a diversion to escape for about seven hours.

The Sumter Item reports the 32-year-old man took a deal Wednesday and pleaded guilty to murder, prison escape and other charges.

Prosecutors said Stinnette shot 24-year-old Jerry Johnson eight times in the head in April 2018 after they committed a robbery together in Sumter County. Investigators say Stinnette buried and dug up Johnson’s body twice before trying to sink it in Lake Marion.