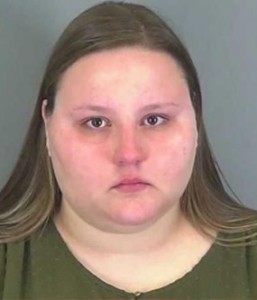 SPARTANBURG, S.C. (AP) – A former teacher at a South Carolina intermediate school has been charged with four counts of child cruelty.

Authorities say all the charges happened with the same student and were at Inman Intermediate School. They did not release any other details.

The school district also didn’t release any additional details on what happened at the school.
It wasn’t known if Shull had a lawyer.