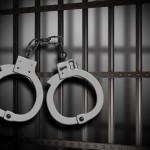 COLUMBIA, S.C. (WOLO) – The S.C. Department of Corrections Police Services have arrested and charged a correctional officer with misconduct in office.

Authorities say Markeshia Young, 25, worked at the Kershaw Correctional Institution when the incident happened in January this year.

According to investigators, she’s accused of accepting money and gifts from an inmate and communicating with him on a contraband cell phone.

Officials say Young was fired after her arrest.