NFL teams can begin reopening their facilities next week, although coaches and non-rehabbing players still will not be permitted, according to a memo obtained by ESPN on Friday.

In the memo sent to the 32 NFL teams, commissioner Roger Goodell wrote that clubs could begin using their facilities starting Tuesday, provided they meet a preestablished set of protocols and have permission under state and local regulations. Teams that are not ready or permitted to open by then can do so as soon as they meet the necessary criteria.

The first group of employees allowed back into facilities would include no more than 50% of non-player staff, up to a total of 75 per day. The only players permitted to return would be those who were already rehabilitating injuries prior to the facility closures, and no members of the coaching staff are allowed in the facility. Strength and conditioning coaches participating in player rehab may continue that work in the facility but otherwise are barred until the rest of the coaching staff is allowed to return. 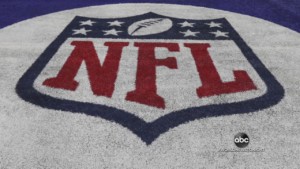 “This first phase of reopening is an important step in demonstrating our ability to operate safely and effectively, even in the current environment,” Goodell wrote. “After we implement this first phase, and as more states and localities enact policies that allow more club facilities to reopen, I expect that additional staff, likely including coaching staff, will be allowed to return to club facilities in a relatively short time.”

If a team wants to deploy staff to more than one location, all locations must implement the same health and safety protocols and the combined number of employees at all locations can’t exceed 75.

Team facilities have been closed since March due to the coronavirus pandemic. The NFL had previously set a deadline of Friday for teams to be ready to implement the first phase of protocols for reopening facilities.

Among the preparations, teams were required to designate an infection-control officer as a first point of contact for any employee who displays coronavirus symptoms. In Friday’s memo, clubs were told that any instance of the coronavirus in a facility must be reported to NFL chief medical officer Dr. Allen Sills and the team’s ICO.

Sills will conduct a training program for the infection-control officers Monday night that is required.

Information from ESPN’s Kevin Seifert and The Associated Press was used in this report.

NFL coaches allowed to return to team facilities on Friday

Brees says he 'completely missed the mark' in flag comments

Rhule’s transition from Baylor to NFL anything but normal