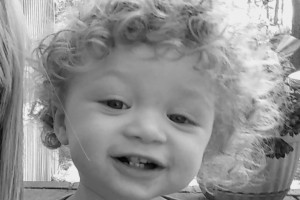 Columbia, S.C. (WOLO)– Police say 14 month old Kairon Bramsen is in critical condition at the Augusta Burn Center in Georgia.
His father, Steven Bramsen has set up a GoFundMe to help pay for the Kairon’s medical costs.

Kairon was still inside the car when Columbia Police say his mother 23 year old Caylin Watson set the car on fire.

Police say she is charged with attempted murder and arson.
Bramsen says Kairon received burns over 20% of his body.  He adds that the first surgery went well and he will be back in surgery in a few days.
If you would like to help go to the GoFundMe page here.