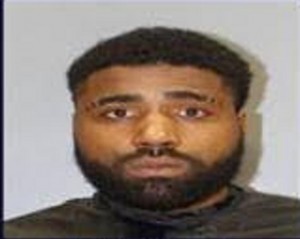 ShotSpotter is a gunshot detection system that conveys the location of an incident using microphones calibrated to locate those frequencies.

Police say Edmonds was arrested around 11pm Sunday at a home in Lexington.