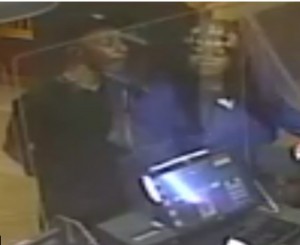 Richland Co., SC (WOLO) — The Richland County Sheriff’s Department is hoping you can help them locate a man and a woman they say came into the Pizza Hit in the 6 thousand block of Two notch road and held an employee at gunpoint.

According to authorities, the incident happened Friday May 29, around 9:30pm when officials say the duo were involved in an argument with the store manager after they say their delivery driver forgot to bring their 2 liter soda along with their pizza.

Investigators say when the manger came from behind the counter, the man

pulled out a handgun while officials say the female with him grabbed a two liter bottle of Pepsi from the cooler. Authorities say the man put the gun away and the two left the store

If you recognize either of these individuals  pictured in these surveillance images, you are asked to contact Crimestoppers at 1888-CRIME-SC.