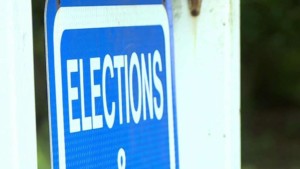 RICHLAND COUNTY, S.C. (WOLO)– For the first time in more than a year, Richland County has hired someone to oversee the county’s elections full-time.

During a special meeting Friday afternoon, the Board hired Alexandria Stephens to become the board’s new director.

In an interview with ABC Columbia, Board Chair Charles P. Austin Sr. said Stephens is aware of the challenges coming her way, but he believes her leadership and people skills will help her rise to the challenge.

“We are confident that Ms. Stephens will carry us to new heights, but it’s not lost on us that there is still significant work to be done, and we have to contribute to the success that she will have,” Austin said.

One idea from Stephens that Austin was particularly excited about what her call for more community involvement in the build-up in elections, something he says will help restore voter confidence in how the county handles elections.

Stephens will serve as the county’s first full-time Director of Elections since May 2019, when the Board fired Rocky Suleman from his post. Terry Graham has been serving as the Board’s Interim Director.

Stephens comes on the heels of a primary election where people waited hours on line or received incomplete or handwritten ballots. Some were sent to the wrong precinct to cast their votes, while others waited past midnight in order to vote.

The State Election Commission announced they would be stepping in to help Richland County with their run-offs June 23. Austin said people from 13 counties in the state offered to help out with the election as well.

According to Austin, Stephens’s first day in the Midlands is expected to take place July 6.