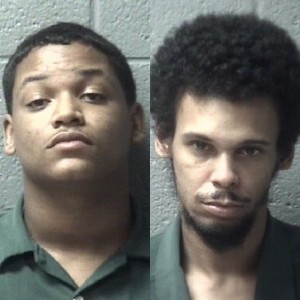 Orangeburg,SC  (WOLO) —- Two suspects have been arrested after Orangeburg authorities say the two were involved in an armed robbery last month where the clerk of the store was shot.

Officials say 28 year old James Driggers and his half brother, 19 year old Ira Fanning have been charged with armed robbery and attempted murder in connection to the incident.

Orangeburg County Sheriff’s say on July 22nd, investigators were called to the Quick Mart convenience store in Rowesville around 3:30 in the afternoon. According to a witness, a man went into the store wearing gloves and a mask before surveillance video shows him pull out a gun. Officials say, the suspect then grabs the register pulling it towards him before shooting the clerk in the arm.

Deputies say the suspect is seen taking money out of the register before running out of the store to a waiting Volvo SUV that speeds off. Investigators believe it was Driggers who went into the business, while they say Fanning waited in the SUV as a getaway driver.

Authorities say the duo may be suspects in other incidents in the area. Both are scheduled to appear in bond court Wednesday.