Suspect extradited from North Carolina for fatal shooting in Orangeburg 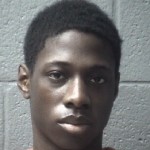 ORANGEBURG COUNTY, S.C. (WOLO) – Orangeburg County deputies say one man who fought extradition has been brought back to South Carolina to face a murder charge.

Authorities say Zasheed McNeal, 21, was returned from North Carolina in connection to a fatal shooting on March 9.

They told deputies they later drove to an acquaintance’s home, but while in a house on Melvin Road, they heard gunfire and saw the 40-year-old victim in his car dead.

Officials say McNeal was taken to the Orangeburg County Detention Center and is expected to be in court later this week.