Parton: 'of course all black lives matter, do we think our little white (explitive) are the only ones that matter? ' 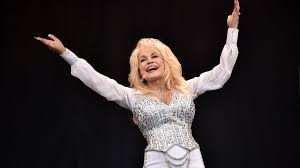 In a wide ranging interview with Billboard magazine, the singer addressed various topics, including the protests against racism and police brutality that have swept the United States following the death of George Floyd.

While she has not attended the protests, she voiced her support.

“I understand people having to make themselves known and felt and seen,” she said. “And of course Black lives matter. Do we think our little White a**es are the only ones that matter? No!“

She also provided details on why she renamed a Civil War-themed dinner attraction in her theme park in Tennessee and Missouri.

In 2018, she changed the name of the Dixie Stampede to The Stampede after she became aware that the term “Dixie” is associated with the Confederacy.

“There’s such a thing as innocent ignorance, and so many of us are guilty of that,” she told the magazine.

“When they said ‘Dixie’ was an offensive word, I thought, ‘Well, I don’t want to offend anybody. This is a business. We’ll just call it The Stampede.’ As soon as you realize that [something] is a problem, you should fix it. Don’t be a dumba**. That’s where my heart is. I would never dream of hurting anybody on purpose.”

Other country bands such as Lady Antebellum and The Dixie Chicks also changed their names this year for similar reasons. They go by Lady A and The Chicks, respectively.