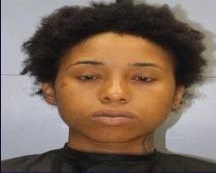 Columbia, S.C.  (WOLO)– Columbia police say a woman is charged with murder in a Thursday morning shooting.
Investigators say Michaelynn Lewis is charged in connection with the shooting on Bonner Ave.

Victim identified after fatal collision at SC Hwy. 121 near I-26 in Newberry