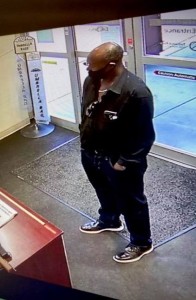 COLUMBIA, SC (WOLO)– The Sumter Police Department says they are looking for a missing Wedgefield man who was last seen walking away from Prisma Health Tuomey around 7:30 p.m. Sunday.

Police say 54-year-old Alfonso Riley was being treated for a minor illness when he walked off. Officials say he was last seen wearing a black jacket, gray undershirt, blue jeans and black and white shoes while walking along Main Street toward Liberty Street.

Authorities say Riley stands at 5 feet 5 inches tall, weighs about 180 pounds, is bald and has brown eyes. According to officials, Riley has a history of walking off and later returning.