COLUMBIA, SC (WOLO)– The Orangeburg County Sheriff’s Office says they arrested and charged a man with murder, in connection with a shooting incident on Friday. Just before 6 p.m., deputies say they were called to a residence on Jennifer Street where they found an unconscious gunshot victim. 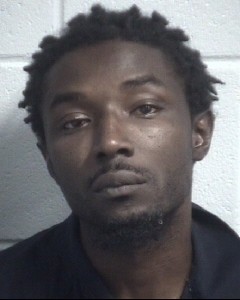 Authorities say 31-year-old Demetrius Grays was formally charged with murder during a hearing on Monday.