COLUMBIA, SC (WOLO)– The United States Marshals Service and Midlands Crimestoppers are asking for the public’s help in finding a woman who failed to surrender to authorities following a money laundering conviction. Officials say 34-year-old Gabrielle Myers was sentenced to 11 years in prison after she plead guilty to conspiracy to commit money laundering. Investigators say Myers was a member of a drug distribution ring in Columbia, that trafficked heroin and cocaine.

Authorities say Myers may have ties to the Columbia and Georgetown areas of the state. 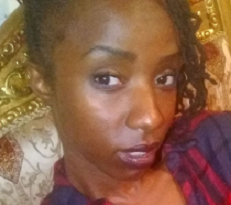 Myers is described as a Black female who is 5’3″ and weighs approximately 115 lbs.

Anyone with information is asked to contact Crimestoppers at 1-888-CRIME-SC. Tips can also be submitted online at crimesc.com. Officials say a reward of up to $1,000 is being offered for tips that lead to an arrest.

Local gun shop owner shares his concerns with Constitutional Carry Act, as it moves through the Senate