LCSD: Lexington woman arrested, accused of hitting a man in the head with a hatchet

COLUMBIA, SC (WOLO)– The Lexington County Sheriff’s Department says a woman is accused of attacking a man with a hatchet at a Red Bank home on Saturday night. Authorities say 46-year-old Andrea Grace Branham has been charged with attempted murder and possession of a weapon during a violent crime. 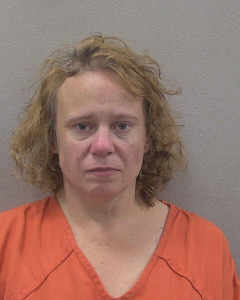 “Deputies responded to a home in the 100 block of Wilma Ann Drive after receiving a 911 call from someone who said a man had been hit in the head with a hatchet,” Lexington County Sheriff Jay Koon said. “Branham was found in the home after multiple witnesses identified her.”

“Detectives have determined Branham and the victim know each other,” Koon said. “Deputies arrested Branham on the scene Saturday night and transported her to the Lexington County Detention Center.”

City of Orangeburg: Autopsy indicates 2-year-old who died this week was shot in the head