RCSD makes arrest for vandalism of Pentland home during protest

COLUMBIA, SC (WOLO)– The Richland County Sheriff’s Department says they arrested a man accused of vandalizing the home of Jonathan Pentland, who was charged with assault and battery 3rd degree after a confrontation in the Summit neighborhood turned physical. A video of the assault began circulating social media on April 12. Two men, including Pentland and another man, were seen in the video standing on a sidewalk in front of a home. Deputies were called to the scene at the request of a concerned citizen who reported an altercation was taking place. 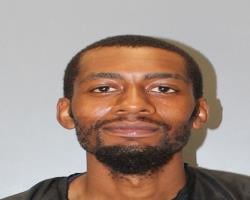 Officials say the Columbia Police Department arrested 25-year-old Taijier Isaiah Ellis early Tuesday morning and charged with malicious injury to property. According to investigators, cell phone video shows Ellis smashing a light on the Pentland home with a baseball bat and later disposing of the baseball bat down a storm drain. Authorities say the bat was recovered and taken in as evidence.

“It was the videos, pictures and information from people at the scene that were instrumental in getting Ellis identified and ultimately arrested,” Sheriff Lott said. “The community has shown that they will not tolerate these criminal acts undermining their right to peacefully protest.”

Authorities say Ellis was arrested on the 500 block of Gervais Street after there were reports of him looking in car windows and trying to get into a closed business. Officials say Columbia police arrested him and turned him over to Richland County deputies when they learned he had active warrants.

The protests and vandalism of Pentland’s home comes after a video of the assault began circulating social media on April 12. Two men, including Pentland and another man, were seen in the video standing on a sidewalk in front of a home. Deputies were called to the scene at the request of a concerned citizen who reported an altercation was taking place.

When deputies arrived, both Pentland and the victim were outside of the home, along with other witnesses. It was reported to the deputies that the victim approached several neighbors in a threatening manner and the confrontation escalated after a neighbor asked Pentland to intervene. Deputies who responded were not shown the video that is now currently circulating and sent the case forward for the Investigations Division to handle.

After an investigation of the incident, Richland County Sheriff’s Department investigators presented the case to the Richland County Solicitor’s Office and a Magistrate Judge who agreed that there was sufficient evidence to issue a warrant for Pentland’s arrest. He was arrested April 14 at 8:30 a.m.

While deputies were on scene on April 12, two other reports were made that alleged incidents of assault against the victim in this case. Those incidents are each being investigated independently. The victim has an underlying medical condition that may explain the behavior exhibited in the alleged incidents. RCSD is actively working to get him the help that he needs in an attempt to divert him from the criminal justice system.

RCSD looking for missing woman in need of her education

SCHP: One dead after early morning collision on I-77 North