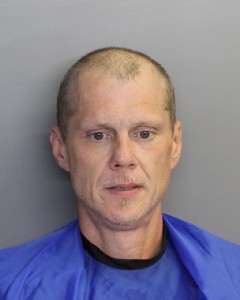 On Wednesday around 5:20 p.m., deputies say a woman returned to her home on American Avenue, when she encountered a burglary in process. Authorities say she saw 46-year-old Robert Ashley Wheeler III, who was armed, and she fled her home to her father-in-law’s residence next door. Deputies say they arrived at the scene around 5:24 p.m. and were clearing the residence when they encountered Wheeler, causing them to flee the residence and extablish a perimeter outside. Authorities say they tried to negotiate with the suspect, who fired two shots at deputies.

Deputies say they called SLED for backup from their SWAT Team and officers continued to communicate with Wheeler through the home’s Ring doorbell camera, which he eventually turned down so he could not be seen. According to authorities, the SLED SWAT Team released three mobile robots into the home to try to see and communicate with him, but they were unable to get him to leave. After several hours, officials say they started releasing cannisters of OC spray, but Wheeler still would not leave.

Eventually, law enforcement entered the house along with a K9 unit who found Wheeler underneath a bed and removed him so that officers could make the arrest.

“I would like to thank all the Clarendon County Deputies, The Clarendon County Fire Rescue, and SLED for their quick response and assistance in this matter. I appreciate the professionalism and cooperation of all agencies involved to make the outcome of this incident successful. By that, I mean no officer, nor the suspect was shot, and an arrest was made. I would also like to thank the Manning Police Department for assisting with providing an officer on scene as well as assisting with other calls of service in the county while this incident was ongoing.”

According to authorities, Wheeler was just released from prison in November 2020, where he was since 2008. Officials say his conviction record includes 11 counts of burglary, two counts of grand larceny, one count of kidnapping, one count of armed robbery and three counts of auto break-ins.

Officials say he also has pending charges in Florence County.