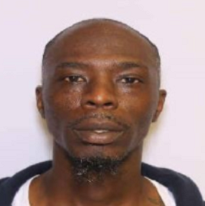 COLUMBIA, SC (WOLO)– The Columbia Police Department is looking for a suspect accused in a fatal shooting last week at an apartment complex. Investigators say 42-yea-old Eric Norris is accused of shooting and killing Althego Glenn at the Colony Apartments on Bailey Street Saturday, after a fight.

Once arrested, police say Norris will be charged with murder, attempted murder and possession of  a weapon during a violent crime.

If you know where he is, call Crimestoppers at 1-888-CRIME-SC or submit a tip to crimesc.com.

Another quake reported in Elgin