COLUMBIA, SC (WOLO)– The Fifth Circuit Solicitor’s Office says a Richland County woman was sentenced to 20 years in prison for a shooting incident in the Rosewood Community in February 2017. During a trial last week, a jury found Mandy Morrow Fortson guilty of attempted murder, discharging a firearm into a dwelling and breach of peace-aggravated in nature. 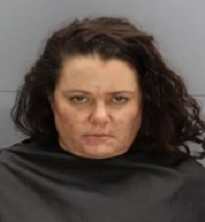 On February 22, 2017, investigators say Fortson repeatedly fired a gun into her neighbor’s home while they were eating dinner and then fired into the home of another neighbor as they were getting ready for bed. Authorities say a neighbor came out of his apartment, asking her to stop, but she shot him in the hip and wrist.

According to officials, witnesses report hearing Fortson using racial slurs during and after the incident. The first home she fired into belonged to a Hispanic and the second home belonged to an African American family.

Authorities say Fortson also resisted while officers were arresting her.