COLUMBIA, SC (WOLO)– Deputies with the Saluda County Sheriff’s Office are asking for the public’s help identifying a suspect wanted in connection with the robbery of a convenience store on Greenwood Highway. 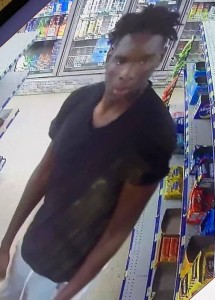 Shortly after 8 p.m. Saturday, deputies say the County Line Store was robbed at gunpoint. Investigators say they have several items of physical evidence that they believe will lead to the arrest of the individual.