Not everyone is happy over the decision including S.C. Senator Tim Scott

The president spoke Tuesday announcing an official end to the 20 year war, the longest in America’s history. 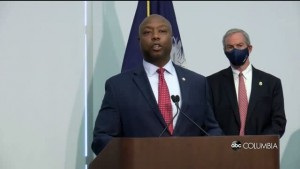 South Carolina Senator Tim Scott is just one of the many who have disagreed with the decision to withdraw some United States service members, while leaving others behind and released this statement Tuesday saying,

“President Biden said that he would keep our troops in Afghanistan until every American who wanted to leave was evacuated. With hundreds of Americans still stranded, it’s clear he broke that promise. I know many people across the country share my distress and anger at the thought of our fellow citizens left to the mercy of the Taliban. Meanwhile, the president has given no indication of what he will do to protect them.”

Senator Scott went on to say,

“Enough is enough. Thirteen brave Americans have died and hundreds more have been abandoned while in harm’s way. President Biden’s decisions have led us down a disastrous path and he must take full responsibility.

“As we continue to grapple with the fallout from this crisis, please join me in praying for the protection of our fellow Americans and allies who have been left behind and for the veterans and Gold Star families who are grieving at this time—they deserve our respect and support.” 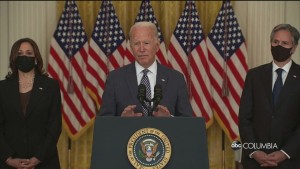 President Biden said Tuesday afternoon during an addresss to the nation that he respectfully disagrees with his critics.

During his address, President Biden also touched on the amount of lives that have been lost over the 20 year war, and the financial cost America has recouped from it,  estimated to be roughly one trillion dollars.

Reid Binion has more on why the President says the United States needed to leave the territory now, and his promise to get those still there, who want to leave, out of the region.

Homicides up nearly 30% last year, according to FBI report