COLUMBIA, SC (WOLO)– According to the Richland County Sheriff’s Department, Deputy Chief Chris Cowan has been selected as the next Police Chief in the City of Cayce. 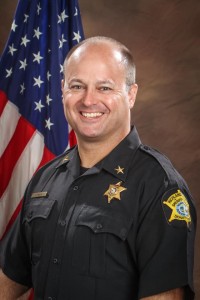 “This is a bittersweet announcement,” said Richland County Sheriff Leon Lott. “Chief Cowan will be missed but it’s like watching one of your children achieve their goal. I have no doubt he will serve the citizens of Cayce with the same professionalism and integrity as he’s done for Richland County.”

Officials say Cowan has been with RCSD for over 25 years in a variety of roles. Before serving as Deputy Chief of the Operations Division, officials say Cowan lead special operations, homeland security, crime suppression and community policing among other roles.

Officials with the City of Cayce are excited for what this hire will do for policing in their city.

“Cowan’s impeccable professional standards and qualifications made him stand out among the many that applied for the Chief of Police position.” Further, Hegler exclaimed, “We are thrilled to announce the hiring of a decorated leader from what was recently named the nation’s top department from the National Sheriff’s Association,” said Cayce City Manager Tracy Hegler.