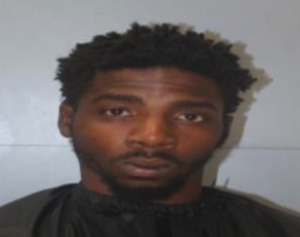 COLUMBIA, SC (WOLO)– The Columbia Police Department says officers are looking for a man wanted for a shooting that killed a man at a home on Kennedy Street Monday. According to investigators, a second victim was also injured during this incident.

Police say they have warrants for Emanuel Griffin.

If you know where Griffin is, call Crimestoppers at 1-888-CRIME-SC or submit a tip to crimesc.com.