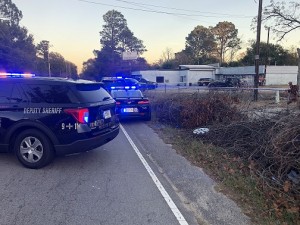 Columbia, S.C. (WOLO)–The Richland Co. Sheriff’s Department is investigating an early evening shooting.
Deputies confirmed they responded to a shooting on Shakespeare Rd. just before five Thursday evening.
Investigators say one man was taken to the hospital with a gun shot wound to the upper body.
No word on what lead to the shooting.