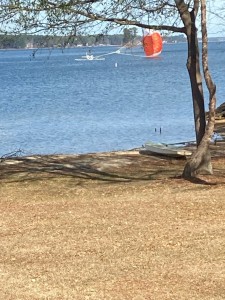 Lexington Co., S.C. (WOLO)– According to a source close to the situation, crews are responding to a small plane crash in the Gilbert area near Woods Point Rd.

A spokesperson for the Lexington County Sheriff’s Department says a small plane carrying two passengers crashed into Lake Murray after having engine trouble.

No injuries were reported.

ABC Columbia News has a crew headed to the scene.