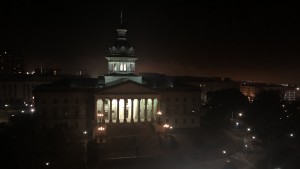 Columbia, S.C. (WOLO)–The South Carolina Senate has unanimously passed a bill to expand early voting. Wednesday’s vote gave key approval to a bill that unanimously passed the House in early March. But there may be one big snag between Republicans. Gov. Henry McMaster and House leaders aren’t happy senators added a provision giving them power to confirm the governor’s choices for not just the director, but also the five members of the board of the South Carolina Election Commission. McMaster says if the bill fails to pass voters will know to blame Senate leaders and Democrats. Lawmakers are trying to get the new rules in place for the statewide primaries on June 14.