State lawmakers to return for special session on abortion 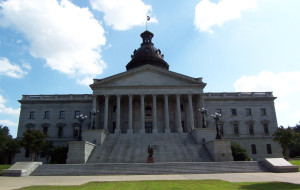 Columbia, S.C. (AP)–The South Carolina Senate has agreed to come back in special session later this year to take up abortion bills to respond to the possibility the U.S. Supreme Court allows states to ban the procedure. Republicans rejected a request by Democrats to also include in a special session a bill that would make South Carolina the 49th state to approve a hate crimes law. That bill will die if not approved before the end of the General Assembly’s regular session Thursday. The special session resolution now goes to the House. South Carolina lawmakers appeared to be taking a pause on major abortion legislation this year but that was before the draft U.S. Supreme Court ruling was leaked.