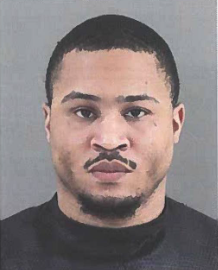 COLUMBIA, SC (WOLO)– The Sumter County Sheriff’s Office says deputies are looking for a man accused of firing several shots into a moving vehicle. Investigators say the incident occurred on May 3, and multiple occupants of the vehicle were shot.

Deputies say 29-year-old Marquez Kajuan Tucker will be charged with five counts of attempted murder, discharging a firearm into a vehicle and possession of a weapon during a violent crime.

If you have any information about this incident, call 911, the Sumter County Sheriff’s Office at 803-436-2000 or Crimestoppers at 1-888-CRIME-SC. Officials say a monetary award is being offered for information leading to Tucker’s arrest.

Local Living: Cola Concert Series returns this summer, get ready for the Battle of the Badges Blood Drive and more!