CPD: Man arrested after fleeing from officer on stolen motorcycle

COLUMBIA, SC (WOLO)– The Columbia Police Department says a 36-year-old man has been charged in connection with the theft of two motorcycles. Police say Zachary N. Williams is charged with reckless driving, possession of a stolen vehicle, failure to stop for blue lights and driving without a license. 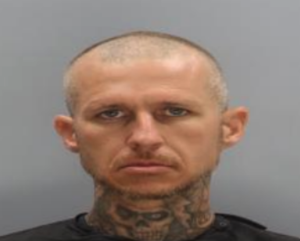 On June 23, a Columbia police officer says he saw Williams driving a 1997 Harley Davidson which was stolen from Brandon Avenue and recognized both the motorcycle and Williams from a “be on the lookout” police bulletin. Authorities say the officer initiated a traffic stop, but Williams refused and instead drove through multiple stop signs at excessive speeds until he wrecked and was quickly detained.

Authorities say EMS took Williams to a local hospital to treat injuries to his arms and legs.

Police say Williams is accused of stealing a Kawasaki motorcycle from a home on Edmond Drive on June 16. Investigators say they used forensic evidence to connect Williams to this theft.