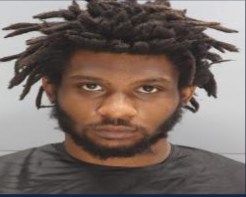 Columbia, SC (WOLO) — The Columbia Police Department has identified the man they say held them at bay for several hours, refusing to come out of one of the units at a Northeast apartment complex. Officials say they had a heavy police presence and eventually were forced to call in the SWAT team as well as a crisis negotiator before they were able to get the suspect, now identified at Marquise Tyrin Green to surrender to police.

Authorities say it took place along Fort Jackson Boulevard around 2 Wednesday afternoon. Police say they were initially alerted to a report of someone pointing a gun at someone. Once they approached the suspect, Capt. Melron Kelly with CPD says Green ran from officers and into one of the units at the Fort Jackson Village where they say he held a stand off with officers for around 4 hours. Police say negotiators were eventually able to convince him to come out of the apartment.

Police tell us Green is accused of pointing a gun at another man during an argument over money.

Green now in custody at the Alvin S. Glenn Detention Center, has been charged with pointing or presenting a firearm at a person, and breach of trust with fraudulent intent.

Happening now: #ColumbiaPDSC officers w/assistance from ⁦@RCSD⁩ are negotiating with a man who is reportedly armed and refusing to come out of an apartment complex on Ft. Jackson Blvd. pic.twitter.com/PNnuiqQXZW