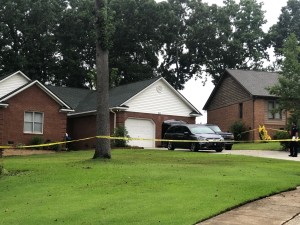 LEXINGTON CO., S.C. (WOLO) -One man is dead and another is injured following a Tuesday morning shooting in Lexington.

Police say they responded to a  home invasion on Widgeon Dr. around 5am.

When officers arrived they say they found the victims.

A woman and several children who were in the home were not harmed.

Police say more information will be released as soon as it is available.