Authorities says 54 year-old Susan Horton of Lexington was arrested after officers found a handgun in her car at River Bluff High School. 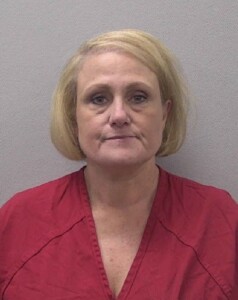 The Lexington Police Department says on Dec. 2 School Resource Officers received an anonymous tip that the high school teacher told students she had a gun in her car.

Horton told officers she had a Concealed Weapon Permit but that the gun was not secured in a compartment in her car as required by law. Officers found the gun in her purse which was on the passenger side floorboard.

The teacher was arrested for Carrying a Weapon on School Property and taken to the Lexington County Detention Center.

Horton was given a bond of $2,500 by a judge and has since been released from the Detention Center.