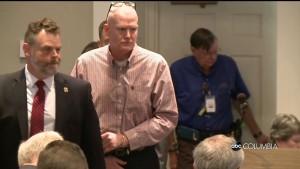 Colleton Co., S.C. (WOLO)–Former Attorney Alex Murdaugh is scheduled to appear in a low country courtroom Frida afternoon.
The man accused of murdering his wife and son in June of 2021 will appear in a Colleton County courtroom as a judge hears pending motions filed by his attorneys.
The most recent motion was a request by defense attorneys for the state to narrow details about a possible motive in the murders.

Prosecutors oppose the motion.
In a response to the defense, the attorney general’s office says Murdaugh murdered his family to distract from his financial crimes.

Murdaugh is facing more than 90 charges related to financial crimes. He is accused of defrauding his former clients of more than $8 million.