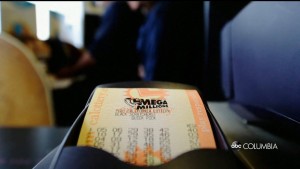 (ABC News) –The Mega Millions jackpot for Friday has climbed to $685 million, after no ticket matched all six winning numbers in Tuesday’s drawing, the lottery said.

“It’s by far the largest Mega Millions prize ever offered in the final week of any year, and could provide someone with a very happy New Year’s celebration,” the lottery said in a statement early Wednesday.

The cash prize option for Friday’s drawing is expected to top $328 million, the lottery said.

Players had also failed to win the top prize on Friday, sending the jackpot from roughly $510 million to $565 million, the second-largest Mega Millions jackpot this year. The cash prize option on Tuesday was $289.8 million.

In July, the jackpot surpassed the $1 billion mark for only the third time in the 20-year history of Mega Millions.

The historic $1.34 billion prize was won by an anonymous ticket owner in Des Plaines, Illinois.

The last winning ticket for a Mega Millions jackpot was on Oct. 14. Two ticket winners split a $502 million prize.

Only six Mega Millions jackpots have been won this year. Winning tickets were in California, Florida, New York, Minnesota, Illinois and Tennessee.