The City of West Columbia is telling residents to expect road closures during a test run for Kinetic Derby Day on Jan. 28. 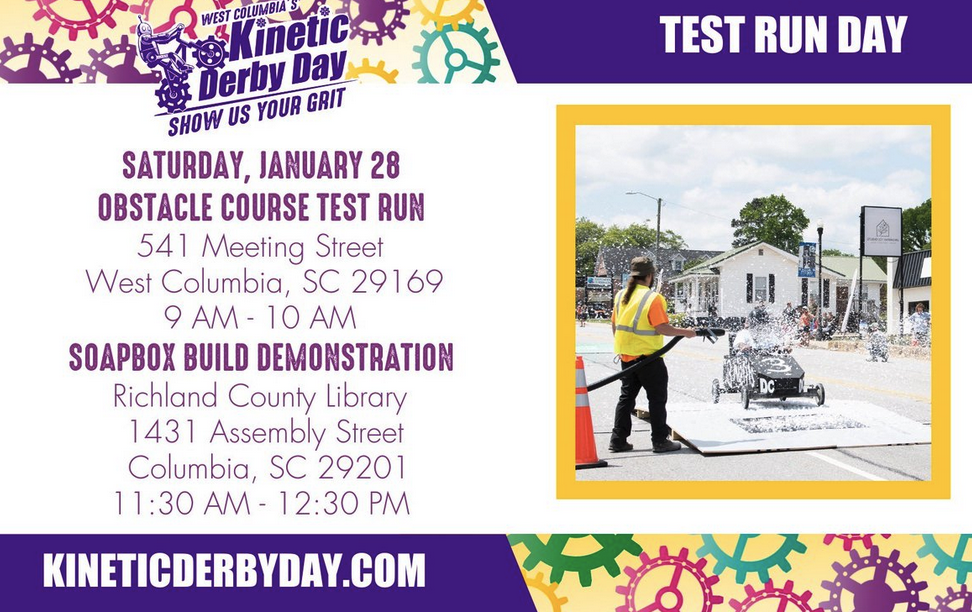 COLUMBIA, S.C. (WOLO)– The City of West Columbia is telling residents to expect road closures during a test run for Kinetic Derby Day on Jan. 28.

Organizers say the test run for the obstacle course portion of the race will be held on Jan. 28 from 9 a.m. to 10 a.m. in front of Brookland United Methodist Church.

Residents can expect Meeting Street to be closed from North Witt Street to Leaphart Street from 8 a.m. to 11 a.m. to prepare for the test run.

Racers will be able to test out the Jello Explosion and Foam Surprise obstacles, say officials. In addition to these obstacles, Whetzel’s Automotive’s rollback will be onsite for the first-ever start ramp at Kinetic Derby Day.

After the test run, representatives will lead a soapbox building demonstration at the Richland County Library on Assembly Street from 11:30 AM – 12:30 PM. There you can learn about steering, brake mechanisms, and get your soapbox car questions answered.

During the actual event, Kinetic Sculpture Parade will kick off the day, followed by soapbox racing, obstacle course racing, and the iMAGINE STEAM Festival on State Street.

Registration is open at www.kineticderbyday.com.