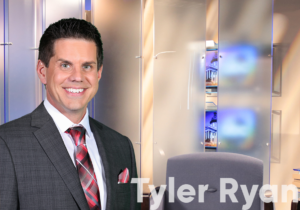 In 2006, Tyler joined the Fox affiliate, WACH-TV, in Columbia as a weatherman, which led him to anchoring and hosting, as well as serving as the Executive Producer for Good Day Columbia many years.  While at Fox, Tyler produced many franchise programs, including an hour long look at basic training at Fort Jackson, and hosted a cooking competition show, as well as the award winning series “Tyler’s Travels” and “Food Friday,” as well as a full length program focusing on the Basic Training program at Fort Jackson.

Tyler also covered breaking news including the AME shooting in Charleston, the Gabbie Swainson disappearance, as well as several investigative pieces surrounding unsolved crimes, and the dangers of the Internet, and Columbia’s long search for a new Chief of Police.

Tyler continues his work in the community, serving as the President of the Eagle Cold Case and Missing Person Institute, The Adam Turner Foundation, and The South Carolina First Responders Memorial, and several other affiliations.

He also is a member of the iHeart media family, sharing his voice as the host of the syndicated radio program Carolina Cares as well as appearing on several iHeart broadcast stations and podcasts, and launched the Unfinished Files series, working with cold case homicides and missing person cases.

Tyler is very proud to be a part of the ABC Columbia family, and the experience that exists within the station.  Tyler notes that the ABC Columbia Team is a tight group of very experienced journalists and professionals that are second to none.

Please reach out to Tyler with any story ideas or even a weather question!  Plus, you can connect on “the socials.”

The Consumer in ME: Last minute ideas from Mom

https://youtu.be/ReqeDAe4XW4 COLUMBIA SC (WOLO) -- Mother's Day is right around the corner, and if you looking for something original for her, Tyler Ryan shared a few gadgets, gizmos, and ideas.  These items are also available on Amazon...in case you need…

COLUMBIA SC (WOLO)--Today marks the Midland's biggest gifting day of the year, a day appropriately named Midlands Gives! Midlands Gives began in 2014, and over the last eight years, has raised over…